A fun drawing game that can also be an introduction to ideas of ecology and adaptation.

Animal Consequences is fun and silly drawing game. It could also be an introduction to ideas of ecology and adaptation.

Everybody sits in a circle, and has a piece of paper and a pencil.

Players fold their paper into four, so that the folds run widthways.

On the top panel, they draw an animal’s head — a bird, a lion, crocodile, etc. Make two lines of the neck just over on to the second panel.

Players fold their handiwork that it cannot be seen, and pass it to the person on their left.

Players then draw the top parts of an animal’s body, and again pass on the piece of paper.

The legs of the body and then the feet are also added in this way. Then pass the completed animal to the player on the left.

Players open out the ‘mystery animal’ and decide where they think it lives (has it got webbed feet? A tail suitable for helping to climb trees?) What it eats (Has it got a slender beak or long tongue for drinking nectar? Sharp teeth for meat eating?) What might it get eaten by?

Try linking all the creations to an imaginary food web!

Finally, give each animal a suitable name.

You could also let your imagination run wild and play monster consequences using imaginary beasts rather than real animals.

This is taken from the book Games, Games, Games, a publication with around 250 group games. The games are essentially co-operative in nature and develop skills and attitudes which encourage learning together and supporting one another.

If you enjoyed playing this game, you could also try playing Drawing Twins. 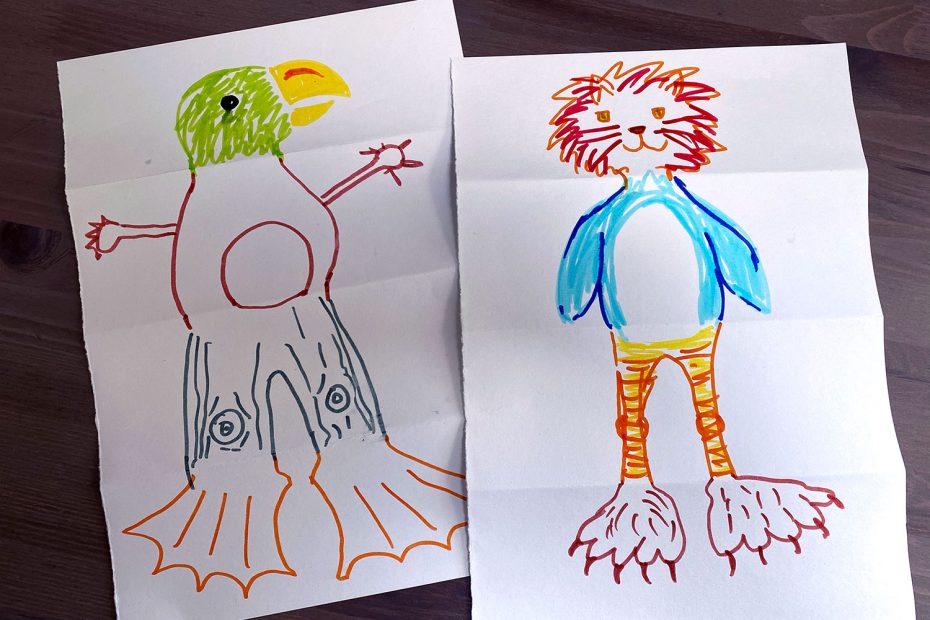