Middle of the Map

Explore different maps and see the world in a new way

What way is up?

Here is a map of the world, can you find the country you live in? What seems different about this map to ones you have seen before? 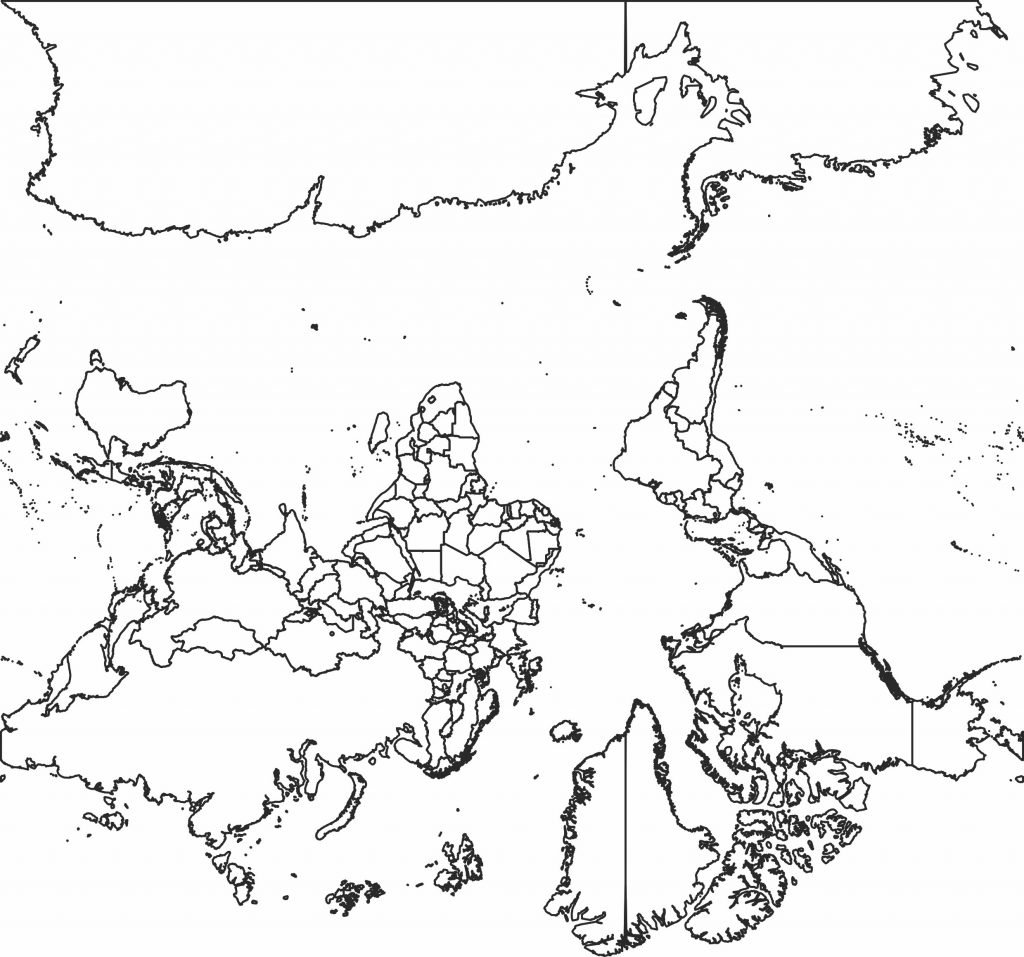 Was it tricky to find where you live? In this map north is at the bottom and south is at the top. The world is a ball floating in space, it doesn’t have an up or a down, so why do we always put north at the top? Does it matter as long as we can find what we need to? Some research suggests that north-south positions on maps can change how we feel about the countries on the map. In general, people associate north with richer people, more expensive prices, and higher altitude. While south is associated with poorer people, cheaper prices, and lower altitude. This bias towards countries in the north disappeared when people were shown maps with south at the top.

How do you flatten a ball?

It is impossible to flatten the Earth without distorting it in some way. Imagine an orange peel: if you want to try and lay it flat, you have to stretch it, squash it, and tear it (you could have a go at this if you have an orange!). Likewise with the Earth—if we want to make a map, we need to distort the Earth’s surface to flatten it. There are different solutions which cause different distortions.

The map below squashes the poles to make the countries more in proportion with each other.

Who’s in the middle?

Have a look at this map – can you find your home country? The map maker chooses the place we put at the centre of the map. It is important to think about who makes the maps we use as they can affect how we think about the world and the people in it.

In 1884, a conference decided that the meridian (the 0 line on the map) should go through Greenwich in London. This was a point when Britain had a big empire and ruled over many other countries so was seen as very important.  This puts Britain in the middle of most maps, does that make it still feel more important than other countries?

Look at the world emojis – there are three, each putting a different part of the world at the front (a bit like putting it in the middle on a flat map?). Which countries do you think are important in the modern world? ???

Different maps are called projections — these are different ways of translating the map information from a ball to a sheet of paper. In this one, called the Peters Projection, the areas of all the countries are correct in relation to each other. Is there anything different about it to the maps you usually see? Which countries or continents seem bigger than ‘normal’ and which smaller? Does the make a difference to how important they seem in the world? 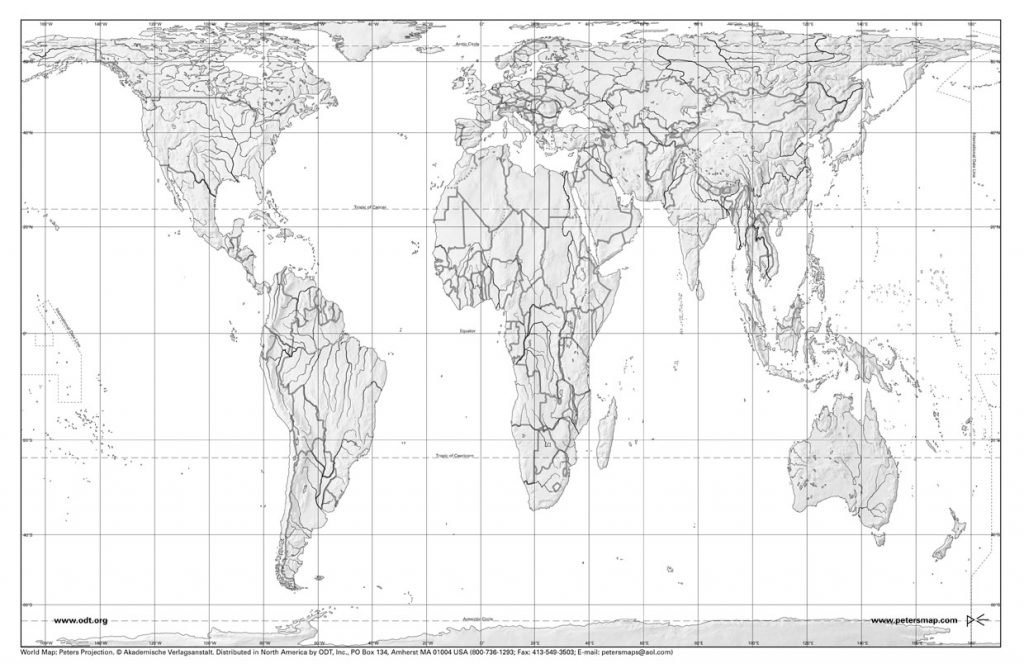 Some more information on map projections here and here. And maps can be down loaded from here.

Make your own middle of the map:

Can you choose another country to be the centre of the story? Choose a country that is bigger than you expected on the peter’s projection map and find out three things about it. Colour that country in on the map.

If you enjoyed exploring the power behind maps, why not try out our History Gap activity.  If you normally live in the middle of the map, you might also be interested in checking your privilege, and finding out what that means.

This is one of our collection of actively anti racist activities for children and young people. 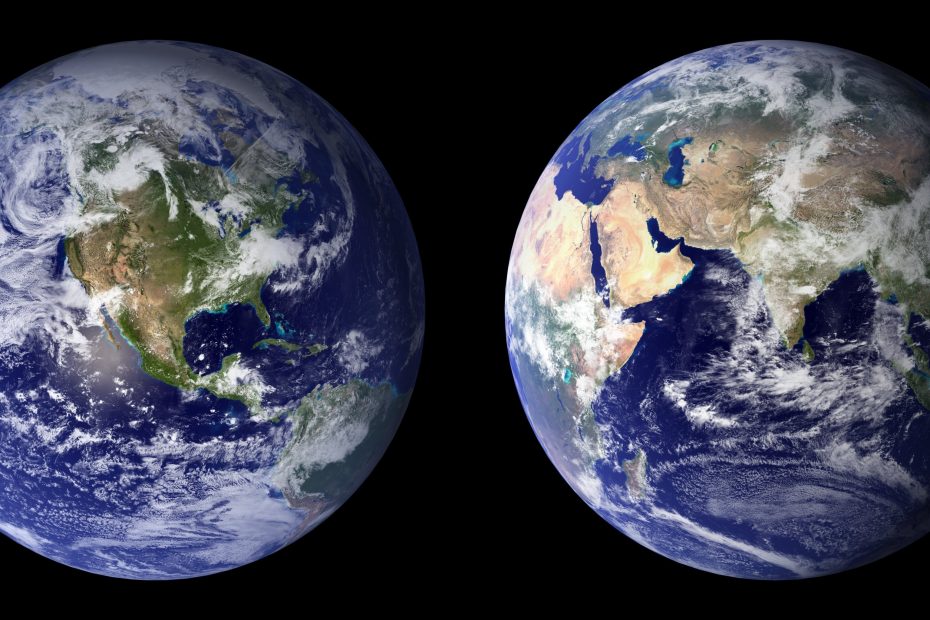