Raise awareness of the gender pay gap with a simple craft activity.

A ‘pay gap’ is the difference between how much different groups of people get paid in the workplace.

In 2019 the Office of National Statistics (ONS) reported that on average for every £100 earned by a man, a woman earned £82.70. This means that men were paid almost 20% more than women. Although this has been improving in the UK over recent years, we still have a long way to go.

When a man and a woman are doing the same job, they must be paid the same amount. For example if there are two people working as cashiers in a supermarket, they would earn the same amount. This is called equal pay and is protected by law in the The Equality Act 2010.

The gender pay gap measures the difference between men’s and women’s average wages across a company or institution (places where people work).

Who does what sort of work?

We often stereotype jobs into ‘men’s’ jobs and ‘women’s’ jobs. In reality all genders can have skills in all areas and can do any job. For example we might imagine a doctor to be a man and a nurse to be a woman. However, there are plenty of female doctors and male nurses working in healthcare. The jobs that are stereotypically ‘women’s’ jobs are also often lower paid than the male ‘equivalent’.

Large companies now have to share their gender pay gap data every year with the public. This has encouraged more businesses and companies to make pay amongst their staff more fair. They know they could be called out on it by the public and this doesn’t reflect well on their reputation.

During the COVID-19 pandemic we have seen that some lower paid jobs have had a major value in our society such as supermarket workers, care workers etc. These ‘key workers’ who are often women will have been earning less compared to men in jobs that are viewed as ‘more valued’ in our society.

There are other pay gaps that we see in the working world — for people who come from ethnic minority backgrounds or those with disabilities. More research needs to happen on these and more done for equality for all.

Make a visual representation of the gender pay gap.

Draw a picture of yourself doing your dream job (however fantastical it is). Would you like to be a farmer, teacher, youth worker, waste disposal expert, bus driver, conjuror… 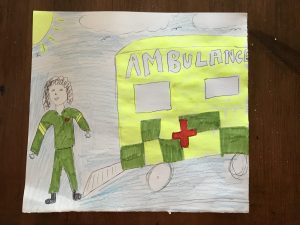 Once you have finished your picture, take another piece of paper or card and cut it to roughly 1 fifth the size of your whole drawing.

Write on one side of this smaller piece “this is what some aren’t getting paid”. On the other side write why you believe all genders should be paid fairly. Why should the gender gap should be worked on/improved. 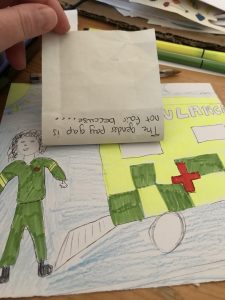 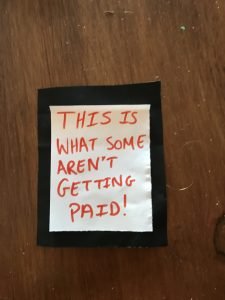 Stick this over the drawing as a flap. 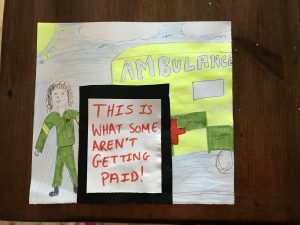 Display your picture in your home as a message to all that you believe in the gap being something of the past. Or use your picture to show others to educate them on the pay gap and why we should speak out about the issue. So that companies, governments and others can take action to make the future more equal.

Each year the Fawcett Society marks Equal Pay Day — the day in the year when, based on data about average pay for those in full-time work, women overall stop being paid compared to men. The Fawcett Society use the Government’s Gender Pay Gap in the UK dataset to calculate what day of the year Equal Pay Day falls on. This year (2020), Equal Pay Day will be on 20th November. In effect, from the 20th November until 31st December, a woman worker stops being paid compared to a male worker.

If this activity has interested you and inspired you to raise your voice on issues you care about, try writing a mini zine about it. 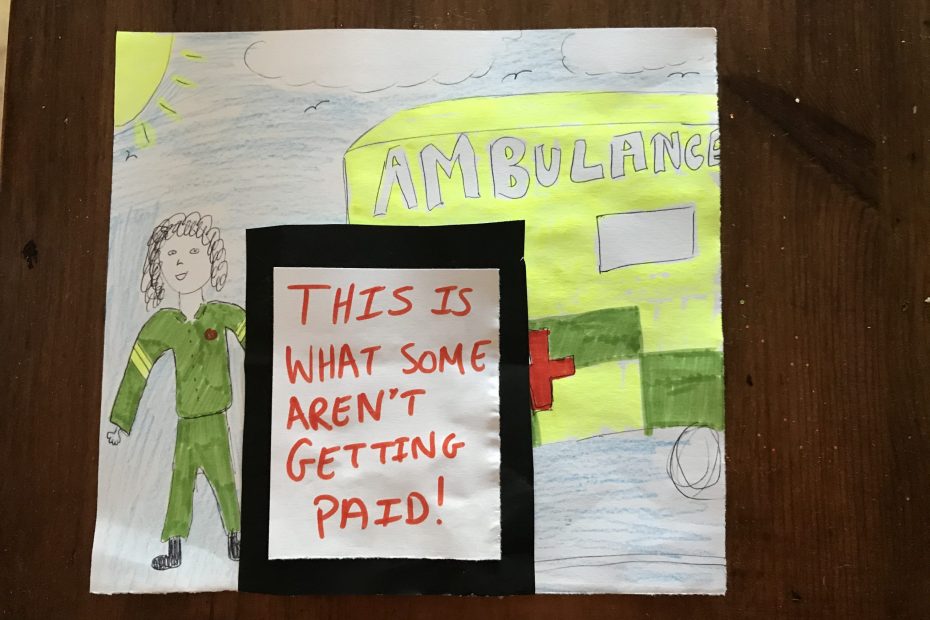