Self publish your own radical underground magazine

Find out what a zine is and be inspired by their radical history – then make your own mini zine on a subject you care about.

The radical history of zines

Zines were first created by fans of science fiction in the 1930s, but quickly acquired a reputation for being a medium for counter cultural ideas and radical thought.  In the 1960s and ’70s the form was adopted by art and literary magazines that combined art, politics, culture and activism in one publication.  Then in the 1980s the punk scene became huge and zines flourished – sharing interviews and anecdotes about the bands but also expressing anti-authoritarian ideas and political revolt.

In the 1990s the riot grrrl scene emerged, as an alternative to the male punk world of the past.  It encouraged girls and women to start their own bands, make their own zines, and get their voices heard.  Riot Grrrl birthed a feminist movement, with ideas expressed, shared and amplified through zines.

Zines continue to be used to share art, culture, politics and activism.  They have been instrumental within the feminist movement and LGBTQ+ activism, they were also part of the setting up of UK Uncut and the Occupy movement. They are a grass roots vehicle for expression, and as such are a vital tool in shaping social change.

Think about what topic you would like your zine to explore.  There are no rules, one way to start is to think about what topic you would happily go on and on about for hours to anyone who will listen! Could that be your focus? Are there ideas you want to share? Thoughts you could express through drawing or writing? A particular thing you feel passionately about that you want to shout about to the world?

1.Fold the sheet of paper in half lengthways. 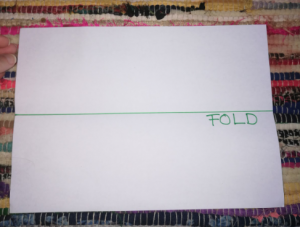 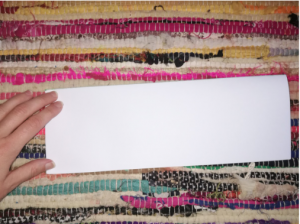 2. Fold this in half widthways. 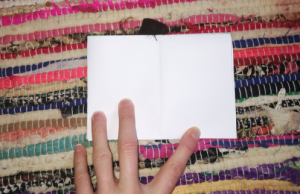 3. Fold in half one more time. 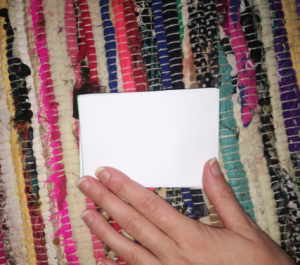 4.Completely open out to an A4 sheet. You now need to cut along the line shown. This spans the two central sections. 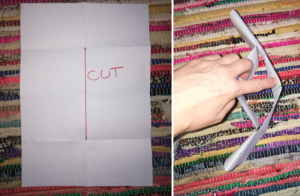 5.Open out the cut so that your paper makes a + shape. 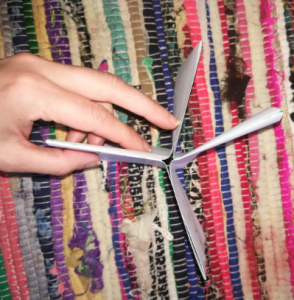 6. Fold into a booklet and start deciding what to put on which page…

Unfold your finished zine and photocopy it a few times so you have some copies to share. Once they are all folded up, consider how you want to share it.  You could gift zines to friends or family, you could leave them in strategic places in your area for people to find. You could ask a local shop or cafe if they would ‘host’ a pile of them for people to take.

If you have enjoyed your foray into radical publishing, you might also like our Images to Icons activity about the power of symbols, or check out Back of the Bus: Remix and get some ideas for protest lyrics you could share in your zine.

This is one of our collection of actively anti racist activities for children and young people. 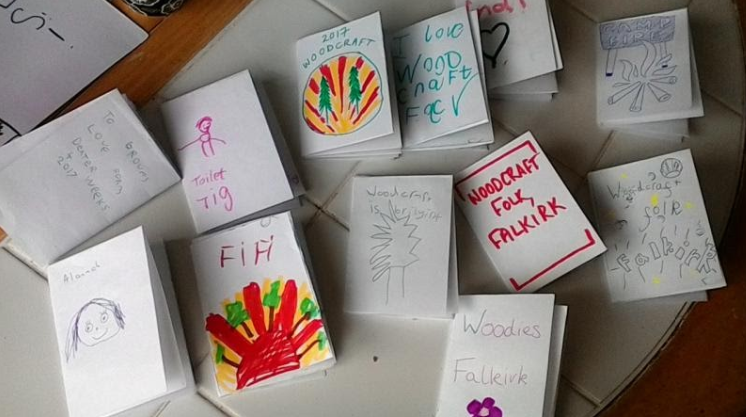