Poetry Against Prejudice is about harnessing your creativity to push back against injustice.

Have you ever looked at someone and made a judgment about them without even knowing them? Maybe you decided they looked smart because they wore glasses, or they were rich because they had lots of fancy jewellery? In a way, you pre-judged them, meaning you made a decision about who they were before learning anything about them.

This pre-judgment is called prejudice. Prejudice is an unfair and unreasonable opinion or feeling formed without enough thought or knowledge.

Prejudice comes from things we have heard and seen, from other people or in books, on TV or in films.  It also comes from a fear of the unknown.

While there are different ways that people can have prejudices, there are some that are very common. Many times, there is gender prejudice – where people make assumptions about what you can do based on if you are male or female. There is also a lot of racial prejudice, where people think that the colour of someone’s skin can tell you what the might be like as a person.

It is really important that we challenge prejudice in all its forms, and encourage everyone to make decisions about individuals based on who they really are.

Write a short anti-prejudice poem. You could write in the style of a Haiku, a form of traditional Japanese poetry. It is a 17-syllable verse form consisting of just three lines of 5, 7, and 5 syllables (or beats). Haiku doesn’t rhyme.

Examples:
Prejudice is when
people speak without thinking
and fail to listen.

When you have written a poem you can share it online using #DreamBigAtHome or read it to friends or family.

If you enjoyed writing poetry against prejudice, you could check out Animal Farm: Celebrating Difference and do a Bookshelf Audit to see if the stories you read reflect the world around you. 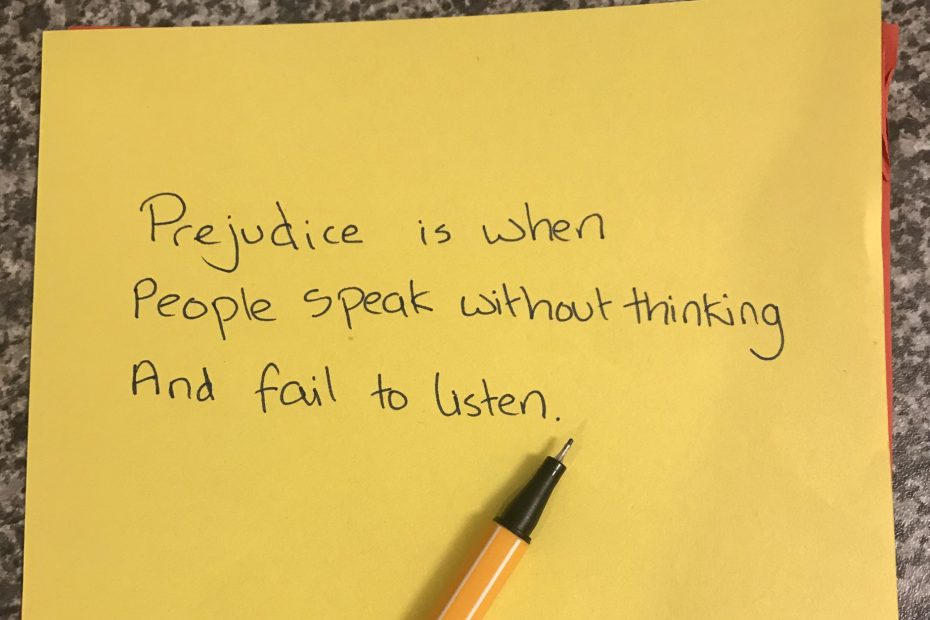